Board President Gina Tillis, MA is a Ph.D. Candidate at the University of Texas School of Education.  She teaches classes at the University of Texas and at Huston-Tillotson University.  Former First Year Experience Coordinator at Huston-Tillotson University, Gina has a passionate calling for teaching Sociology, Anthropology, and Ethnic Studies and developing and directing educational empowerment programs. She received her M.A. from Grambling State University wherein she studied Sociology of Education and continued her graduate studies in critical pedagogy at California State University, San Marcos. She champions the idea that education is ultimately the practice of freedom and that all students deserve an engaging, enlightening, and empowering pedagogy that helps them envision the relationship between knowledge facilitated in the classroom, who they are, and who they ultimately aspire to become.

Board Vice President Oscar Garza has worked with the East Austin community for over 24 years to address a number of environmental issues including the cleanup of waste dump sites found in their neighborhoods. Two recent examples are the Red Bluff/La Loma site which is now being transformed into a nature preserve and a multi-year, major clean up and mitigation of an incinerator-waste dump found in a now transformed east Austin neighborhood, Homewood Heights. He has worked on a publication that highlights east Austin communities and environmental issues. Garza teaches occupational certification classes in asbestos abatement safety for the Spanish-speaking community. In Spring of 2018, Garza received the Texas Sierra Club‘s Environmental Justice Award for outstanding service to the East Austin community.

Board Secretary Matt Flores Jr. was born in Austin and raised in East and Near South Austin. Matt has seen over the years the changes in the communities where he grew up. Over the years, he has dedicated his time to helping others by supporting groups, empowering activists, engaging residents and voicing opinions. Matt is currently the Voter Registration Outreach and Training Coordinator for Travis County and has been with the tax office since 2011. During his time there Matt has mastered motor vehicle and property tax laws as well as the Secretary of State statutes pertaining to voter registration. Matt has trained, led, and managed a record-breaking 5,800 Volunteer Deputy Registrars (VDRs) who achieved a 94% registration rate.  This placed Travis County as the leader of registration in the state of Texas for the 2018 election. He and his volunteers are recognized as Civic Engagement Ambassadors and highly praised for their dedication to democracy. Matt’s love for civic engagement transpired early in life. As an openly gay man, Matt has faced challenges in his own life which caused his passion for civic engagement to translate into a passion for Human Rights. For Pride Austin, Matt has co-chaired the Gay Pride Parade and over 300 other self-organized events with various groups in the county. Before his tenure began with Travis County, Matt was part of a team that executed a 1 million dollar a week campaign called Beach Body by Product Partners over a 5 year period. During that time, Matt played the role of Client Services and Senior Buyer. He and the marketing/buying team at Axis Global, dba Axis Marketing marketed campaigns like Turbo Jam, P90x and Slim n’ Six. Matt is involved with several organizations around Austin such as the Travis County Volunteer Deputy Registrars, Blackshear Bridge, and Hispanic Austin Leadership. When he isn’t coordinating civic engagement events, you can find him showing off his culinary skills and entertaining his friends and family at home. 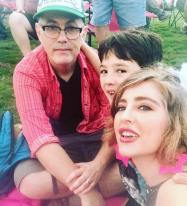 Board Treasurer Ben Keyfitz, CPA is a Senior Auditor and proud Blackshear parent of Max. Ben loves attending Max’s soccer games as much as he loves pitching in at the big, fun, community garden workdays at Blackshear Elementary School’s Friendly Garden.

Nell Peterson, Right to Stay Program Coordinator is a Registered Nurse specializing in work with people with developmental disabilities.  She has lived in the Blackshear-Prospect Hill Neighborhood since 1956. She attended Blackshear Elementary School, the original L. C. Anderson High School, Huston-Tillotson University. She received her Bachelors Degree of Science and Nursing from the University of Texas at Austin and a Masters Degree in Health Professions Administration from Texas State University.  Ms. Peterson served two years in the United States Air Force. She is a member of the Original L.C. Anderson High School Alumnae Association and Wesley United Methodist Church. She served for over twenty years as Vice President of the Blackshear-Prospect Hill Neighborhood, was formerly Director of OCEAN, the Organization of Central East Austin Neighborhoods, and volunteers for numerous organizations in central east Austin. Ms. Nell has a daughter Tara Peterson and son-in-law Chuck McGarity both of whom she loves and is very proud.

Micaela Murphy, Friendly Garden Sustainability Educator A native Texan growing up in a military family, Micaela spent most of her childhood exploring the outdoors and practicing sustainability.  Micaela is very enthusiastic to further her mission in pursuing this work that makes a difference in the community through empowering children by being creative and flexible in her approach.  Micaela enjoys connecting children with the outdoors while providing them an opportunity and space to explore, identify and learn about the world around them. Through her work in Friendly Garden, Micaela is helping to close the gap in educational equity through both traditional and Montessori education. She shares this same love for nature with her husband, an East Austin public school educator and her daughter, a Blackshear Elementary scholar who continuously helps them relive the joys of childhood.

Donna Hoffman, Sustainability Coordinator/Director for Blackshear Bridge earned a Bachelor of Science in Communications from the University of Texas at Austin in 1984 and has driven community organizing, advocacy communications, program management, fundraising and curriculum development for social profit and education organizations. Donna has dedicated her career to undoing systemic racism, promoting social justice, protecting and restoring the environment. She is currently most interested in exploring the expanded definition of sustainability as requiring human diversity and is dedicating her time to fully supporting hearty teams, the mission, and programs of Blackshear Bridge. A former tenant organizer for Syracuse United Neighbors in upstate New York from 1987-89, Hoffman brought together a tenants’ organization that successfully removed ownership from a neglectful landlord and handed their complex to a nonprofit housing development corporation, then applied for and received a grant for all new windows, doors, and roofs on the building. Hoffman participated in the National People’s Action effort that successfully set up the negotiation of National Affordable Housing Act improvements in 1989/90.  After producing a women’s cultural arts and public affairs radio program in Dublin, Ireland, Hoffman returned to Austin to stay. She taught English language arts at Del Valle and LBJ High Schools, then served from 2004-2011 as Communications Coordinator for the statewide Lone Star Chapter of the Sierra Club. In 2011, Hoffman began developing and delivering outdoors sustainability education at Blackshear Elementary School and, in 2013, co-founded Blackshear Bridge with school administrators and faculty at Blackshear Elementary School and Huston-Tillotson University. Donna is a certified Wildlife Austin Habitat Steward and Sustainable Food Center-recognized Outstanding Austin Organic Gardener.  Ella habla Español. Contact Donna:  donnaleehoffman@gmail.com

Co-Founder & Board Secretary ex officio, Amanda Masino, Ph.D. is an Assistant Professor of Biology at Huston-Tillotson University, a historically black institution located in East Austin. Dr. Masino has a research background in genetics and developmental biology and teaches courses that range across biology, including Environmental Biology, Anatomy and Physiology, and Molecular Immunology. She has successfully developed inquiry-based and service learning projects that emphasize undergraduate research and community engagement with local and national partners, including the University of Texas and the Environmental Protection Agency. She advises or co-advises several student organizations, including the Minority Association of Premedical Students and the student sustainability organization Green is the New Black.

One response to “Leadership” 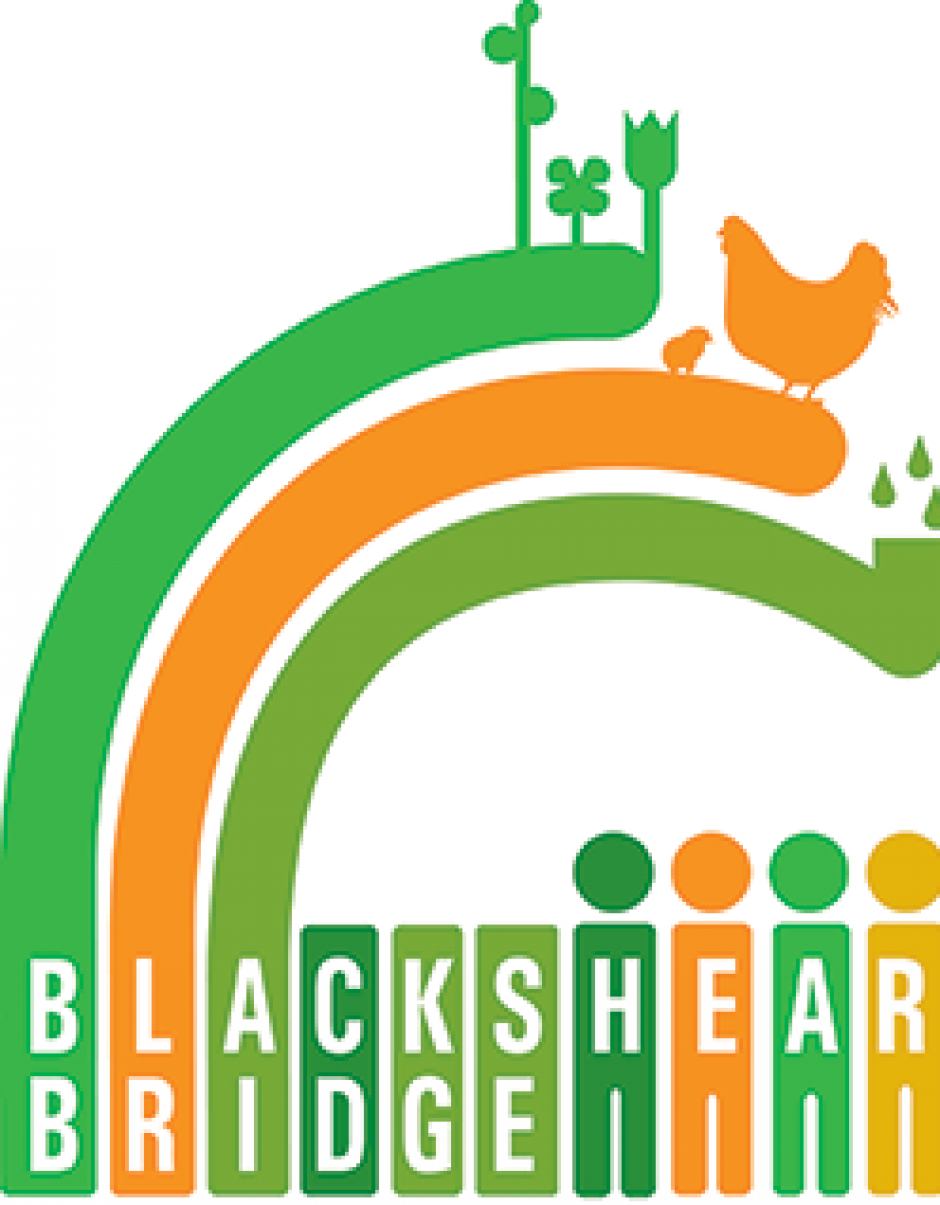 MISSION We build bridges toward unity and equity across the generations, ethnicities, gender identity, abilities and familial status of our communities’ residents and historic community. We bring together neighborhood partners, support our mutual visions and enhance education, affordable housing, employment, health and well-being. 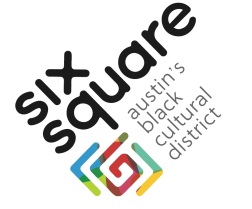